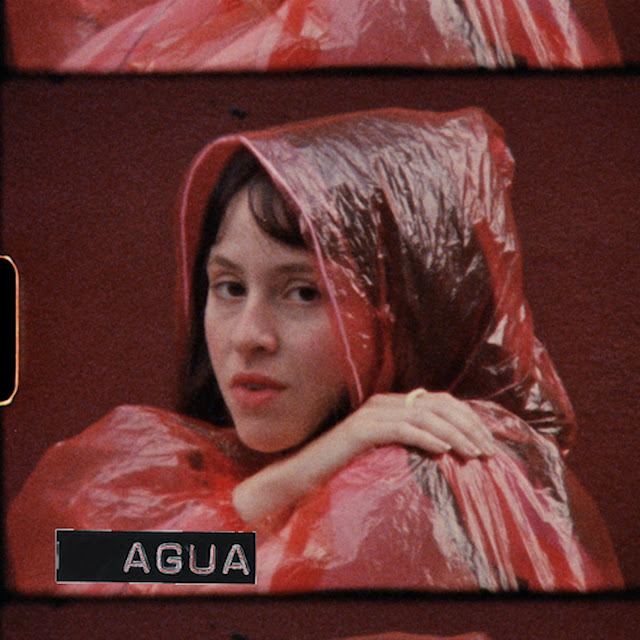 Agua
Ahogame con fluidez...
Ci sono canzoni dentro cui ti puoi immergerti, abbandonandoti alla loro corrente calma, dimenticando ogni fatica e ogni pena. Se poi una di queste canzoni si intitola letteralmente Agua, la metafora rischia di diventare quasi stucchevole. Ogni esitazione, però, svanisce appena cominciano a fluire quelle note languide e quel ritmo suadente. Questa canzone è l'ultimo singolo di Oh Imanuela, cantautrice che fa base a Londra, e di cui sono molto felice di presentare oggi qui il nuovo video in anteprima. Non si trovano molte notizie in rete su Oh Imanuela, perciò ho pensato di chiederle anche una piccola intervista per conoscerla meglio.
Let's start from the beginning: can you tell us a little about yourself, where you come from and how did you start making music?
I was born in Israel, 1997. Lived in a small village just outside the city, growing next to trees, birds and flowers. I grew up In two houses, my parents were neighbors. My mother’s house was painted on the outside orange at some point when I was about 5 or 6, and bit by bit my mother painted the inside of the house in colours, every wall had a different colour. My father’s house was white as the moon.
My parents always had records and CD’s playing. I remember I heard the Buena Vista Social Club and Gotan Project every weekend when my mother was in a good mood. I wouldn’t say I fell in love with music straight away. I started learning the piano at an early age and was struggling to sit down and did not enjoy the learning it. Similarly, learning the guitar and taking singing lessons a few years later, I was about 8 or 10, was not an immediate click.
I was drawn to lyrics more in those years, so I wrote a lot of songs with crooked playing. I moved at age 21 to live and study filmmaking in London, only then I started to focus on my music and performing in open mics around South London, just me and the guitar. Here and there I released a few singles mainly for my own pleasure.
In the summer of 2020 I started working with a producer (Rotem Frimer), bringing in raw material from a fresh breakup I had and together we created my debut EP Birthdays.
Your first song I heard was Thief: what is the story of that song? 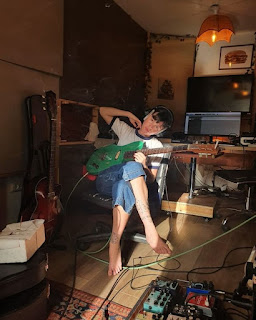 Thief is a collaboration I did with my friend Miles Simpson Afulabi, who is a multi-instrumentalist. On the track: he played piano, bass, saxophone and percussion. I found the chords and lyrics and Miles gave the song a structure. It was a beautiful brainstorm with Miles because everything we thought of playing with, we actually did. I had a phase (still going on) of using a güiro and he really wanted to play congas and so we did.  It was a two-year-project. We recorded at Goldsmiths Studios in one day and released it with WWNBB.
Your music seems to beautifully evoke South American atmospheres, distant summers, lovely and lazy afternoons listening to bossa nova records: which bands and artists do you consider your main influences?
Yes, I spent many lazy afternoons in the heat of the Middle East. I reckon nowadays I listen to a lot of different types of music, from punk to folk to hip hop. But my main influences are Devendra Banhart, Amy Winehouse, King Krule and Aldous Harding. A combination of warm softness and endless loneliness, I suppose.
Your new single Agua is sung in Spanish: what is it about and why did you choose this language?
I wrote Agua with the help of my aunt, Anna Cecilia. It’s a small song about the simple wish, to just be. It is my attempt to express my inner child, using Spanish because it’s my mother’s language, and it’s about the frustrations of an adult suffocating, choking, floating and swimming in the world.
The song ends with this repeating word, "Esforzándose", it almost sounds like an invocation or a prayer: what does it refer to?
Yeah invocation is a good one. That word is my actual curse. I am a force, I am she who is forcing, I am the violent act, not the water. For some reason I found myself swimming alone against the stream and it’s like a mantra that finishes as a blessing, I suppose. 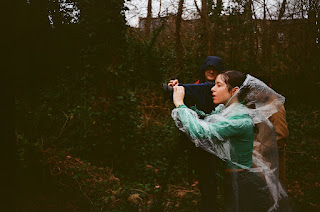 How did you make the video for Agua? There's this sort of vintage vibe, with the grainy film and the blurry images, but it's like you've used it to give the video a dreamy feel, like a fairy tale.
The video was shot on a Super 8 camera. I co-directed it with my friend Shira Haimovich and Tamaś Medar filmed it with us in London.  We took inspiration from Mark Rothko’s paintings, especially the period of his red windows. We liked the shades of red and found a location that invoked exactly that. Slowly we took it to other locations bringing in other colours and shades until at the very end, where the lyrics turn to one single word and the footage is all blurred, where it all breaks. It was fun and spontaneous, how I usually like to work. 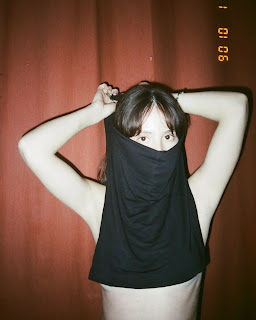 I was going to conclude by asking you what are you working on right now, but it occurred to me that perhaps the real "big" question – for you who are just at the beginning of your career - is, more generally, what do you want to tell with your music?
I am now recording now my second album Cease here in Israel. It is a 9 track album. I try to describe, with my music, a different way of looking at things from the way they initially appear.

A music blog and radio show since 2001